The following pieces were made from recycled pop and beer cans for a show at Hinge Gallery on Vashon, http://www.hingegallery.com/

I began using recycled bottles and jars in my glass work about ten years ago developing  products we sell at local craft shows.

Spending a lot of time collecting bottles got me thinking about what I could do with cans. I began by making a map of Vashon out of cans then I moved on to Vashon scenes and local icons.

Living in the Northwest you have to find beauty in bad weather or you will go nuts, at least I would. Gray skies, wind whipped whitecaps, and rain are part of life. Tom Robbins described native Northwesterner’s as not being umbrella users, they don’t scurry in the rain “they walk between the drops.”

These three pieces are about typical Northwest weather and those that endure it year after year. 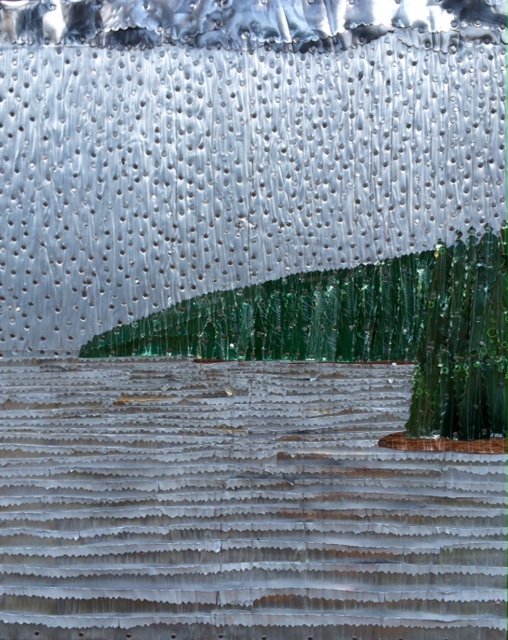 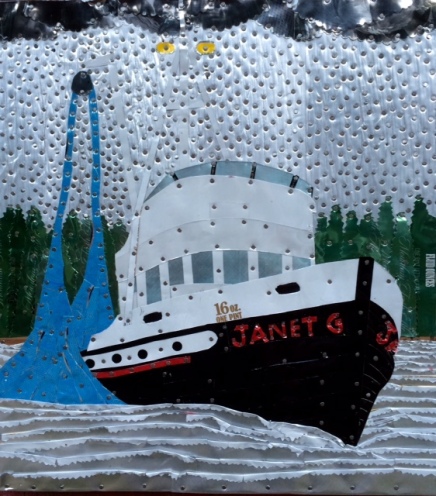 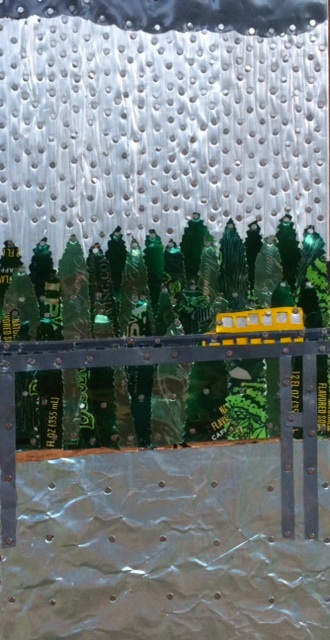