Don Morgan was the son of Elisha Morgan who had a chicken ranch, and later a peach orchard on Vashon in the 1920s and 30s. It is a common misconception that the Morgans were related to J.P. Morgan, actually a search on Ancestry.com shows Elisha’s father O.H.Morgan was a Captain in the Civil War and involved in many battles including the march to Atlanta. Later he partnered with his father-in-law and started the Chicago Varnish Co in 1885, with no relation to J.P. Morgan. Elisha Morgan moved to Vashon in 1921 and established the Highland Park Poultry Ranch on the hill, now known as Morgan Hill, above Quartermaster Harbor.

Donald Morgan was valedictorian for his 1928 Vashon High School graduating class and accepted at Cornell University. Later that summer Donald was blinded when a friend threw a stick of dynamite in a beach fire. He ended up going to Cornell a year later and his mom lived with him at school the full four years.

​Local boat, the Bay-Bee, owned by Donald Morgan, piloted by Earl Watson and Bob Weiss, was one of the entrants. The boys report that the water was the roughest they had ever experienced, at times the Bay-Bee, propeller and all, was completely out of water as it breasted 5 foot waves, and commenting they didn’t mind 5 or 7 foot jumps but 15 to 20 feet was going just a bit too strong. The Bay-Bee was leading the race when near the finish line it hit a piece of driftwood and sheared a pin on the propeller, while fixing the problem it was passed by the eventual winner, Jimmy Tregoning. Once fixed the Bay-Bee came in second place.

Soon after the June 13, 1929 boat race, on July 4th Morgan was accidentally blinded by dynamite. Somehow while researching the Morgan family home movies and family history I came across this book on Google Books. It is the story of three young men who were blinded by dynamite. I copied the parts about Don Morgan below. 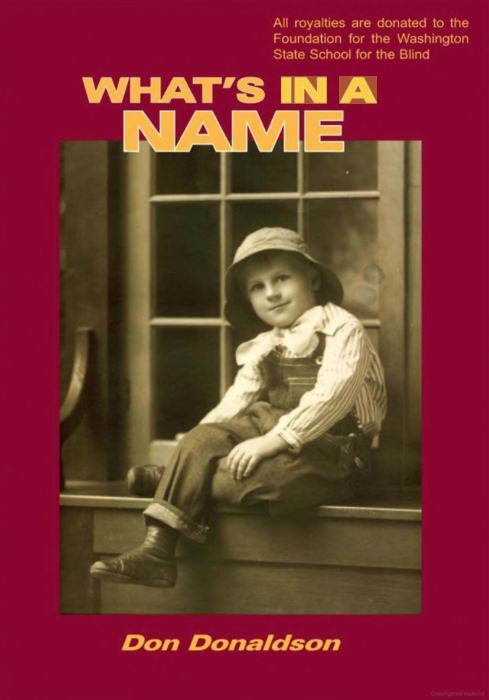